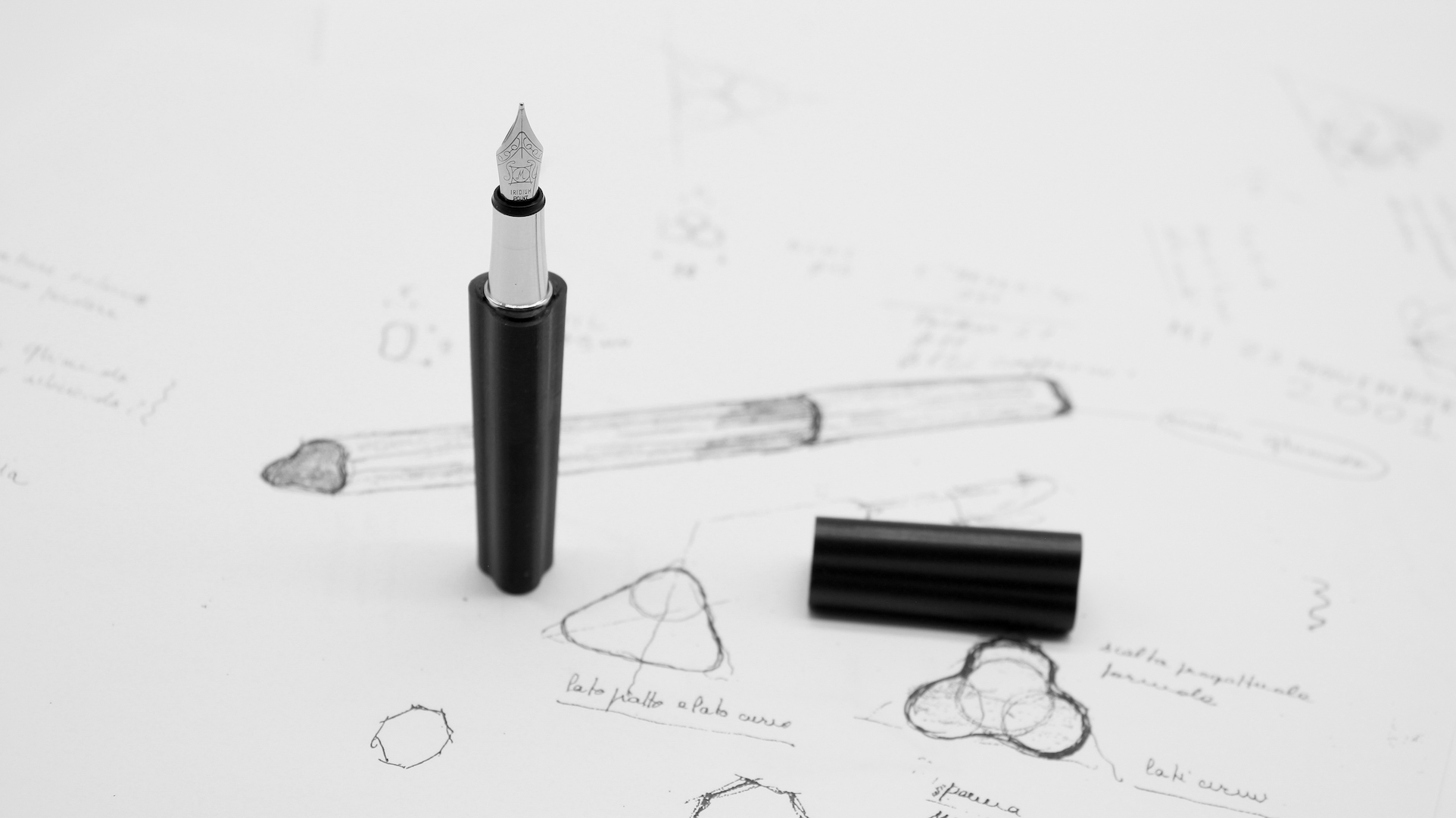 Cento3: an unpublished project by Achille Castiglioni was born thanks to 3D printing

A name that looks like a mathematical formula: Cento3 + Ego.M. An “impossible to produce” design hidden behind a mirror and found by chance. The tenacity of two heirs in transforming it from dream to reality. The inventiveness of nine boys, former schoolmates, in solving the puzzle.

The great protagonist would obviously be Achille, absent from the scene for obvious reasons, and his worthy shoulder, Gianfranco Cavaglià, the architect who worked in his studio for years.

Imagine the two of them designing an ergonomically perfect pencil: trilobed, it literally lets your fingers enter his body when you hold it and for this reason it never slips but also doesn’t roll, it becomes the hand that uses it. Too bad it was also practically impossible to produce in 2001: making the shape using molds or cutters, the tools available then, was just not a thingand the project ended up in oblivion. Indeed, it was hidden behind a piece of furniture from Achille Castiglioni’s studio (now the headquarters of the Foundation dedicated to him) until 2012 when his sons Carlo and Giovanna Castiglioni find it again. And they began to think about how to give it new life.

They were also rejected by produces, like their dad, but they didn’t give up. And in the end, some kids arrived to the rescue: nine former high school mates who, also thanks to Covid, had recently launched a techno-entrepreneurial adventure called Ego.M. That is to find different materials and ways of producing beautiful things. When I spoke to him, they sounded like Enid Blyton’s Famous Five or Secret Seven.

Cento3 is a collection of three pieces: a pencil, a fountain pen and a micromine. They are all pocket-sized but the cap, when placed behind it, becomes perfect to accommodate the hand. The shape, as mentioned, is trilobed: like a small flower formed by three circles. The handle is therefore firm, solid and when the three writing instruments are placed on the table they do not roll away.

Achille Castiglioni and Gianfranco Cavaglià had designed them in wood, in fact they turned to Bottega Ghianda for the prototypes. Ego.M takes up the desire of the designers – whose project they have kept totally intact: in the face of the difficulties of using wood, which was also chosen for its natural texture, it proposes 3D printed graphene which gives a sensation to the touch velvety.

There is a lot of poetry in this choice. Because obviously graphene is an exfoliation of graphite (the material that has always been a symbol of pencil and therefore of handwriting). But it is also a super tech component because it is a conductor, increasingly used for wearables. How to say the past meets the present.

Like any self-respecting contemporary project, the Cento3 collection has also been designed for scalability over time. In fact, soon, Ego.M and the Castiglioni Foundation promise, a series of accessories will arrive that will expand its functions. Like a software, but definitely anchored to the analog world. Delicious.