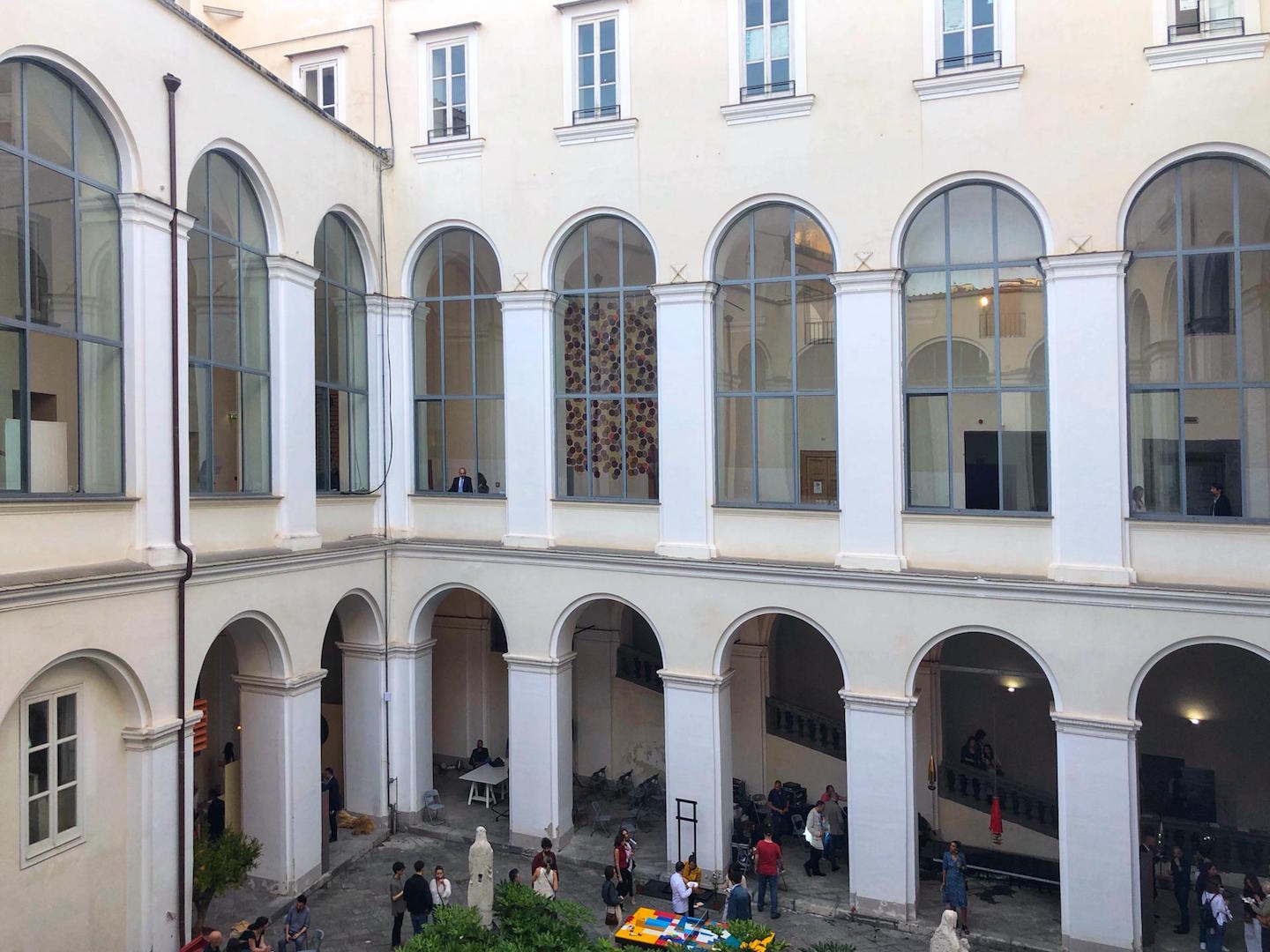 Design appointments are numerous. Yet with Edit Napoli Emilia Petruccelli and Domitilla Dardi managed to propose something that did not exist. A fair based on careful selection, a one-stop-shop for buyers of furniture stores and showrooms. Where products become stories and design is the tool to create relationships through objects.

Did the world really need another design fair? And a fair in Naples, which is – to everyone’s eyes – quite far away from the established design circles? According to founder and director of  Edit Napoli Emilia Petruccelli  yes. Because the service fair (June 7th-9th the first edition, curated by Domitilla Dardi) was conceived from a pragmatic and business-oriented thinking that also leaves a lot of room for poetry: to create trust between the buyers of showrooms and furniture stores and a limited number of exhibitors, selected for the quality of their products and the stories they tell.

Emilia Petruccelli, let us first clarify: when you say buyers, who exactly do you mean?

«People like me. I have a furniture store in Rome and one in St Tropez. So I am also a buyer and I know very well what people who run a showroom think of when they go to fairs. They want to find beautiful things, at price that is appropriate to their audience, and that they will be able to sell. The risk factor is high because unlike the famous galleries (where designers are paid only after the actual sale of the piece if  that happens).shops have to pay what they want to exhibit in their spaces. And more and more often, to be on the safe side, they turn on a “generic” design: which is a bit boring.but sells more easily. But, in the long term, this approach will backfire».

You may like: «Why generic design will kill design»

«Because more and more often people go to fairs or shops to find suggestions but then buy something “similar” online. All this will make retail disappear.and with it all the small editorial productions: the ones we focus on in Edit Napoli». emilia petruccelli

So what is the concept behind Edit Napoli?

«It is a fair of selected small non-industrial productions that acts as a link between buyers and designers, producers and artisans. The key word here is trust. Because those who come to sell and those who come to buy must trust the curatorship. And therefore of the fact that they will find products that, according to our combined experience (mine as a buyer and Domitilla’s as a design curator Domitilla), will sell». emilia petruccelli

What were the selection criteria?

«There are three objective critiera and one non objective one. First of all, affordability, by which we mean the reasonable price of a product.

Which does not mean low cost but a price that recognizes the work done but does not distort it, as it happens in galleries where art design is an investment. Then there is editing: we give space to small craft businesses, to self-productions, to those who do not produce on an industrial scale. By choice. For industrial design there is Milan. while what needs to be promoted is the know-how of small and medium-sized Italian companies. Finally there is reproducibility. We do not present limited editions for which there are already established sales channels.but “one-of-a-kind pieces”, objects designed to be reproduced even in big numbers but always in a craftsmanship way».

And the non-objective criterion?

«They are two actually. There is the history of the product: because stories are what make objects desirable, more than any of their other characteristics.

And then there’s aesthetics, taste. We chose products that, in addition to meeting all the listed criteria, we considered beautiful. According to our unquestionable professional judgment built up from years of experience ».

Everyone talks about stories almost everywhere and in all contexts. Every designer has a story to tell behind his product. Yet not everything sells …

«Because besides having a good story, it’s important to have someone tell it. Piet Hein Eek was not selling a piece in the United States.until David Alhadeff of The Future Perfect began to explain to his customers what the Dutch designer was doing.in the making of his pieces. The passage of the story through the human relationship between the producer and the buyer.never happens at fairs where time runs short and there are hundreds of exhibitors. Here too, Edit Napoli wants to be different. We have thought carefully about the perimeter within which to develop. Now we have 61 exhibitors and we have rejected several. We could reach a maximum of 250, on three locations within three or four years. But we would not want to go further because the human dimension of time and space are needed.precisely to facilitate the creation of these virtuous connections between those who create, those who produce and those who buy».

«Naples is a city with a strong international profile with regard to contemporary art and the world of galleries. It has the capacity to welcome all types of visitors and a large number of fascinating places.where you can experience a fair of this type at affordable prices. It is the epicenter of a great culture of making. My dream would be to move everything that is editorial and authorial from Milan to Naples». emilia petruccelli

What is the Edit Napoli business model? Who financed it and how does it intend to support itself?

«I produced Edit Napoli: with a part of equity – so my personal contribution – and a part of debt. It is an industrial operation that will have a return on investment within three years. Through the sale of spaces, of productions.(Edit Napoli has produced three collections through as many residences of designers at local artisans) and becoming the point of contact between buyers and small manufacturers.that often do not have a commercial network. These are words that scare the world of design but I am an electronic engineer and I have an MBA (at Bocconi and in the United States). I worked for 9 years in management consulting, then at the World Bank and ten years ago I started my business with MIA Gallery out of passion and entrepreneurial attitude. It is normal to put money on the plate if you believe in a project in all areas. It should always be so even in design ».

Inclusion and social media: the Tactile Museum in Varese

David Chipperfield on the Procuratie Vecchie in Venice

Glifo, the Kickstarter campaign for a customized aid for children with disabilities: when design really helps

ADI Design Museum: finally, in Milan, a museum to explain what design is

3 tips on how to become a designer. By Mauro Porcini, Chief Design Officer at PepsiCo

Roberta Tassi: Service designers can make the world a better place (and move it to a circular economy)

Our Top Ten of design in 2019: an arbitrary (and slightly schizofrenic) list

Collecting things is a passion for designers. But also a tool to explain to a wider audience the value of design

Quiet design icons. Signature pieces we have in our cities (often without knowing it) | part 3

Vela by Magis brings magnesium into interiors. It is not as easy as it sounds

At the Lavazza Flagship in Milan, an exhibition on designer mochas