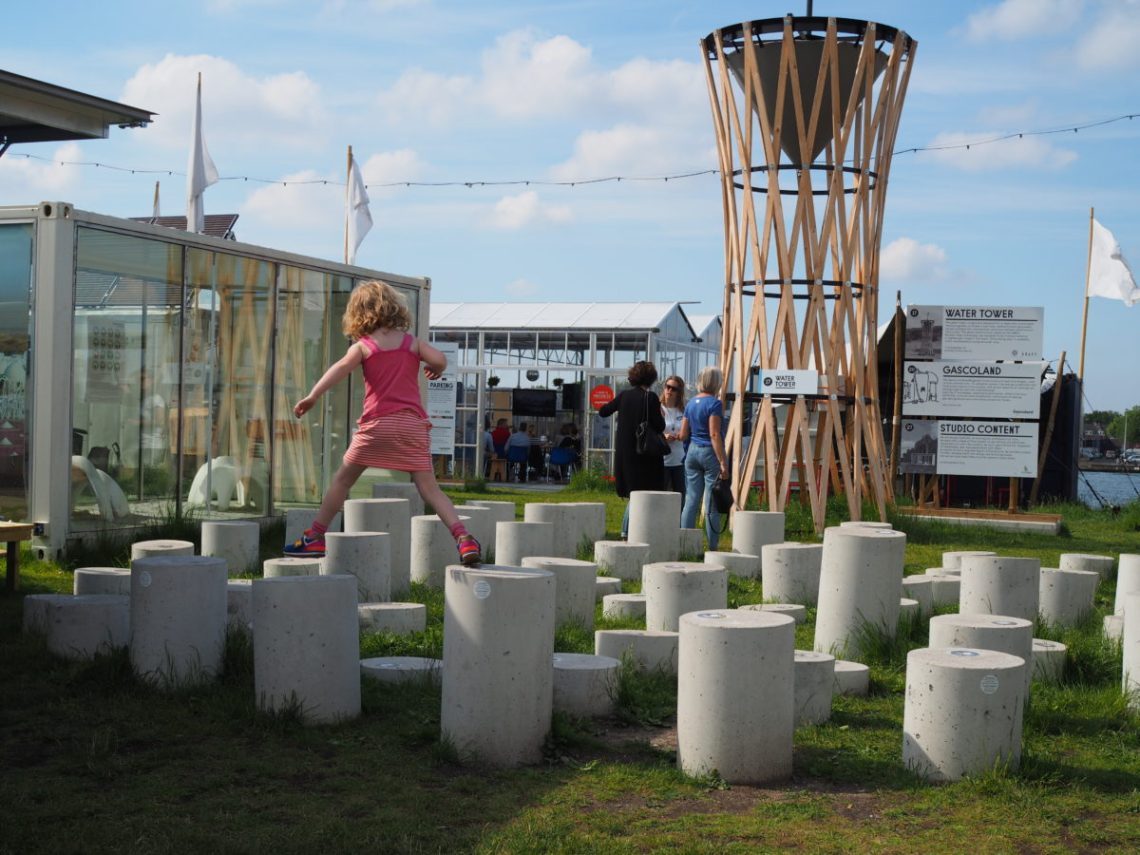 Not just Fab Labs. What are Fab Cities and why they could change the world

The Fab Cities that meet for their Summit in Paris today promise to transform cities into centers for local production and global connection. The Fab Lab in Barcelona explains why this is not a utopia but a possible, citizen-focused future

It is enough to look at the Fab City Summit program (Paris, July 11-22) to understand two things. The first is that Fab Labs are much more than what many think:small ateliers where low-cost prototypes or 3D statuettes are produced. On the contrary, these digital design and manufacturing centers have now become key elements of an international eco-system for economic and political change. That of Fab City which aims to transform cities into local production centers, sustainable innovation and global connection.

Read also “The smart city is not smart”, interview to BRUCE STERLING

That’s why at Fab City Summit there will be a Fab City Lab that will involve politicians, city administrators, experts in the creation of eco-systems of innovation and companies. And why it will be followed by a Fab City Conference, attended by gurus such as the sociologist Saskia Sassen. And by the most avant-garde professors such as Neil Gershenfeld or Danielle Wood of MIT or Kate Raworth, economist at Oxford University.

Read also: “Cities will save us”, interview to RICHARD FLORIDA

But reading the program of the Fab City Summit in Paris also conjures up a second consideration. And that is that Fab City is primarily focused on people. Much of the Parisian festival, in fact, will consist of the involvement of families, students and people of all kinds. From July 14 to 22, in fact, will be unveiled the Fab City Campus, a large free entry event that will allow the general public to discover 40 projects made by Fab Laba. And that will involve the entire surface of the city. Because a smart city cannot exist without smart citizens.

We talked about the ambitions of Fab Lab in building a more sustainable future with Kate Armstrong and Marco Sanalitro of the Barcelona Fab Lab. The one that created the Fab City concept and movement…

What is a Fab City?

«Fab City is a global network of cities that are able to produce locally with the long term purpose of creating a new way to create and consume more sustainably. From an economic, environmental and social point of view. The network was born right here, in Barcelona, ​​in 2014, thanks to an initiative of the municipal administration. What has been asked: would it be possible to produce 50% of everything that the city needs in the city? At this call, we at Fab Lab responded by raising the stake: and if we were 100%? It would mean rethinking the way we live, consume, move and produce. This is the heart of the Smart City project as we conceive it here in Barcelona. And it is around this idea that we started making a system with other cities or local realities. The Fab Cities».

Is it a utopia?

«The idea may seem utopian. But it is precisely for this reason that joining forces serves a great deal. A Fab Lab is just one element of an eco-system in which they have a vital role: public administration, citizens, the European Union, small businesses in the area and even some large companies. And when you put all this knowledge and power together, you understand quickly enough that creating a production system that is different from the current one, which is more sustainable from an environmental, but also a social and economic point of view, is possible. The creation of a circuit of Fab City, then, is essential to spread this systemic approach capillary».

Is there any risk that some nationalistic political formation might consider your approach as a return to the autarchy of the past?

«Definitely not. Because we dream of a circular economy, with local production and consumption. But it is something that only a thought structured in a global way and developed through the all-round cultural exchange can become reality. It is no coincidence that Barcelona is a high tech center where so many foreigners live … »

Of course, when you talk about local production, you are not referring – for example – to heavy industrial production. Say cars or appliances …

«We think in a different way. We do not ask ourselves: how can we build cars in the center of Barcelona? But rather: how can we allow citizens to move from one place to another in the city without using cars? Let’s start, in short, from the analysis of the linear production structures of the past and of all the factors that have led us to the situation in which we find ourselves now. That is, with products that have parts made in one continent, which are then assembled in a second and then sold in a third. And then, once we understand how, where and why we produce in a certain way, we wonder how it would be possible to do it differently ».

Is it enough to have a Fab Lab to be a Fab City?

«No. And the nature of Fab City’s way of thinking – which is collegial, multi-disciplinary, planning – ensures that is not enough. We move in a fluid context, in which different realities collaborate according to the projects. There is no Fab City without a commitment from the administrations, for example. Which provide the basic workspaces. And there would be no Fab City without the small and medium-sized enterprises that produce the materials needed to make prototypes or systems. Neither without the developers, the scientists, the experts in agriculture, in the management of water resources … Fab City is first and foremost a network that allows us to design the new whole ».

«Yes. Because they are the meeting place for different skills. And because they make the prototypes that transform the city into a research laboratory. The aim is to create different models of production and consumption. Moreover, it is no coincidence that the Distributed Design Market Platform, a project funded by the Creative Europe Program to promote the distribution of the work of the global Fab Lab community, has just started. We are talking about involving 13 thousand makers, scientists, artists, engineers, educators of all ages working in one of more than 1,200 Fab Labs in 40 countries».

What prototypes do we talk about? Let’s tell some examples of what the smart city is conceived in these terms: a place of circular economy, sustainable and local production, global cultural connection and partnership by different creative forces.

«We work a lot on digital instruments. Like the sensors of the Grow Observatory. We distributed them to a European farmers’ circuit to collect data on the quality of the land. By combining this information with the information received from a drone flying over the plantations, we should be able to refine the instruments for the analysis of humidity in the areas cultivated from the satellites».

Is digital agriculture a key part of the smart city?

«Absolutely. In fact we have also created robots for micro-farms (ROMI project) that free weeds and reduce the manual labor of the farmer by 25%. The real added value of these projects is not in the single device but in the possibility of networking the data that the devices collect and use to create new solutions. In the case of ROMI, the robot collects data on the development of plants over time, with the aim of creating agricultural monitoring systems on a large European scale to allow local, biological and cost-effective production ».

It is the principle of artificial intelligence: to use a large amount of data to create machines able to solve specific problems, designed on the real needs of people … But in this case, in place of big corporations there are the Fab City. Is that so?

«Exactly. Fab Cities, precisely because they are collective systems that start from an ethical and social principle and not from profit, are the tools to create citizens’ Smart Cities. In which the data belong to the community and in which the community is to benefit from their use. It is no coincidence that, even in this, Barcelona is at the forefront. In fact it is Francesca Bria, our councilor for digital transformation, who leads the Decode project, which gives citizens complete control of their data when they access digital platforms … Precisely for this reason, because citizens are aware of what is happening, we invest so much in their involvement. In projects, in creative development, in the analysis of results. Here is also the meaning of the two weeks of open doors in Paris. Because Fab City is a Smart City made with people»

Getting better is a (digital) game. What gamification means for patients

One response to “Not just Fab Labs. What are Fab Cities and why they could change the world”

AgTech | Farmers are not what they used to be

THE DRONES FILES #2: Will we (and our parcels) fly around on drones?

Is Milan a digital hub? Almost. And what it still needs is…

THE DRONES FILES #1 | Will drones change the way we design cities?

«Why technology needs ethics». In conversation with Luciano Floridi

Evgeny Morozov: «Big Data should be common good. And here is why»

Getting better is a (digital) game. What gamification means for patients

Smart cities are not so smart. Bruce Sterling explains why